Andrew Scott was awarded for his role in Noel Coward’s Present Laughter at the Old Vic, while Maggie Smith took the trophy for one-woman play A German Life at the Bridge. Lynn Nottage’s Sweat was named Best Play, following a successful run at the Donmar and in the West End. – London Evening Standard 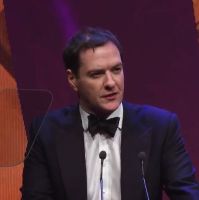