Marion Stokes, a former Communist activist who turned into a recluse, recorded MSNBC, CNN, FOX News and many other news programs, more than 70,000 of them, on Betamax and VHS tapes. “Stokes began recording around the birth of the 24-hour news cycle. She felt it was an important influence on public opinion and wanted to capture this lens through which people view current events,” according to her son. – WBUR 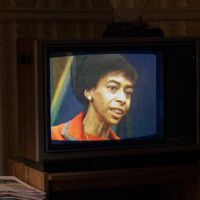