Christian settlers and missionaries feared and banned throat singing, so the choice to make a Christmas album wasn’t exactly obvious, they say. “At the same time, they say some of their most cherished childhood memories include Christmas in the North, with the joy and hilarity associated with feasting, games and dancing.” Hence the meld. – CBC 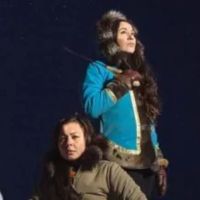