This seems like a pretty solid idea for a company that has a lot of young women involved. And, of course, “earlier this week the duke announced he would be not be undertaking public duties ‘for the foreseeable future,’ following a widely criticised television interview about his relationship with convicted sex offender Jeffrey Epstein.” – The Stage (UK) 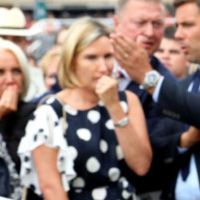