When I was growing up, every major American metro area had both a polite press—the local dailies—and a rude one: the alt-weeklies. The alt-weeklies were funded by advertisers the family-friendly media wanted nothing to do with. In the end, many of these publications were also simply killed by rich idiot owners or corporations that routinely purchase publications and ruin them out of both greed and incompetence. And so we (mostly) don’t have alt-weeklies anymore. – The New Republic 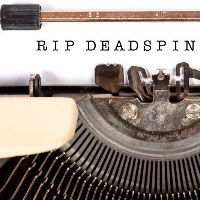