Guy-Blaché is well-known among film scholars, but the film world and the world at large? Not so much. Quick summary: “Starting out as a secretary at Gaumont Studios in Paris, she began directing her own films in 1896 before taking on oversight of the company’s motion-picture production. She emigrated to the United States with her husband in 1907 to promote Gaumont’s Chronophone technology and, several years later, established and headed up her own studio, Solax, in Fort Lee, New Jersey.” – Los Angeles Review of Books 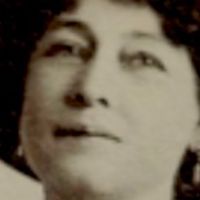