The Hungarian-born pianist, who was scheduled to play and conduct in the Maison symphonique on Oct. 23 and 24, ended up performing only before intermission in both concerts. Schiff withdrew from the second half of the program after an acrimonious rehearsal in which OSM sources say he criticized the players unfairly and even accused them of “sabotage.” – Montreal Gazette 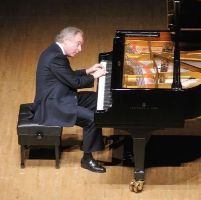