“This was not entirely a source of pleasure to the man who, under duress, had invented the term” as a compromise title for his very influential 1972 book. “In a 2009 essay on outsider art and autism, Cardinal noted that the name had been ‘used and abused in a variety of ways, which have often compromised it’.” – The Guardian 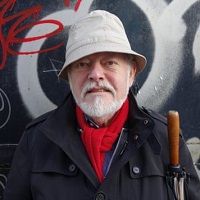