Right after two writers on Carol’s Second Act spoke with HR about inappropriate behavior from executive producer David Hunt (who is married to the star of the show), “they were told that going forward, only the credited writer on each episode would get to pitch new versions of jokes that flopped during taping. Haskins and Halpern say that they had been planning to streamline production in this manner since before Gupta spoke up. But Gupta, Magee, and two other people who worked on the show got the distinct impression the production changes were designed to keep Gupta and Hunt away from each other.” – Slate 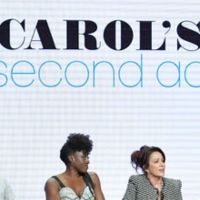