“The five-year extension [of his contract as general manager] … will give Mr. Gelb at least a 21-year reign at the opera house, the largest performing arts organization in the United States. The only Met general managers with longer tenures than that have been Giulio Gatti-Casazza (who held the post for 27 years beginning in 1908) and Rudolf Bing (1950-72).” – The New York Times 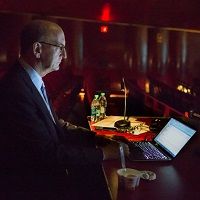