Four men face years of incarceration for failing to report Viking treasure worth an estimated $3 million. Police say the find has national importance for Anglo-Saxon coinage and for a greater understanding of a critical time in British history. Some of the recovered coins are helping scholars rewrite history, according to police. – Washington Post 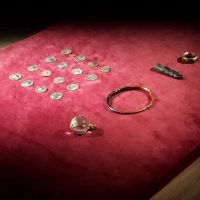