Even at age 89, Walter Cole dons a sequined gown and frizzy wig four nights a week to perform as Darcelle XV. And he does it at his own bar, which he opened with his first wife a few years after coming home to Portland from the Korean War. (It was his second wife that convinced him to try drag.) – American Theatre 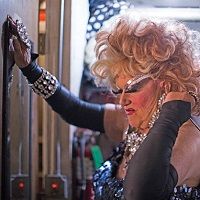