In the years after the man who invented the essay died in 1592, his remains were moved between several sites. One of those places was a convent in Bordeaux whose building now houses the Musée d’Aquitaine, where a tomb was found in the basement last year. When that tomb was opened recently, there was a coffin with “Montaigne” written on it; scientists will now analyze the wood in the coffin and the bones inside. – Yahoo! (AFP) 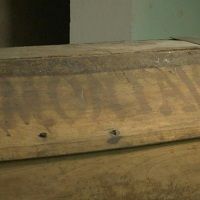