“Last November, French President Emmanuel Macron commissioned a report recommending the repatriation of looted African cultural objects from France’s public collections, spurring a national debate. But one year later, no objects have been returned to the areas from which they were taken. Now, an organization is stepping in to facilitate the process. The Open Society Foundations, an international grant-making organization founded by billionaire George Soros, has launched a four year, $15 million initiative to aid in restitution efforts.” – artnet 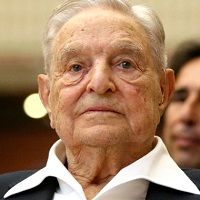