“He first achieved fame as an actor in the anti-establishment revue “Beyond the Fringe,” a hit in both London and New York. He went on to win acclaim on both sides of the Atlantic for his productions of Verdi’s “Rigoletto,” Gilbert and Sullivan’s “Mikado” and other works. He also produced and hosted television shows. Most unusually, he was a medical doctor, with a special interest in neurology, who periodically left the world of theater to practice medicine.” – The New York Times 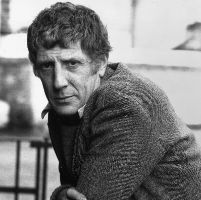