“As a conductor, Kim Diehnelt has to do a lot of schmoozing and interacting with people. She was so uncomfortable with that, she considered hanging up her baton. Then four years ago, she was diagnosed with autism and depression. … Rather than hang up her baton, Diehnelt has found the right outlet for her musical passion. She is the new conductor for the Me2/Orchestra in Burlington, founded in 2011 for musicians with mental illness and those who support them. She auditioned successfully for the orchestra less than two weeks after a double mastectomy and will debut with Me2/ on Nov. 21 in Burlington.” – Burlington (Vt.) Free Press 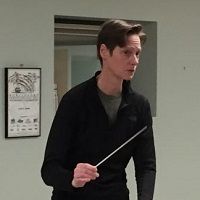