From the 1980s, beginning with the classic Unreliable Memoirs, he published a series of uproarious biographies that charted his journey from dusty Australia to windy Cambridge to grubby Fleet Street and on to eventual success with TV shows such as Clive James on Television. James may, however, be best remembered for inventing modern television criticism. – Irish Times 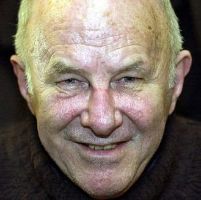