For decades, elders, activists, and linguists have sought to save North America’s indigenous languages, of which about a hundred and sixty-five remain. (There were around three hundred spoken on the continent when Europeans first arrived.) In recent years, film has proved especially fertile ground for this work. – The New Yorker 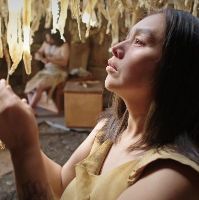