Last week, controversy broke out when Nigeria’s first-ever submission for what used to be called the Best Foreign-Language Film Oscar was ruled out because a large majority of the dialogue is in English. Now Austria’s submission, a story of Nigerian sex workers in Vienna titled Joy, has been rejected for the same reason: two-thirds of the dialogue is in English. – The Hollywood Reporter 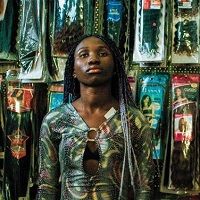