The court that had sentenced Altan, along with his brother and one colleague, to ten years in prison (on a charge of assisting the attempted 2016 coup that many believe was trumped-up) ordered them released under supervision last week. But the chief prosecutor appealed that decision, and police promptly went to detain Altan again. – Yahoo! (AFP) 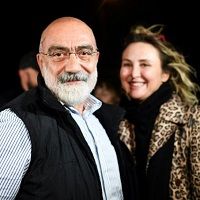