Social media lit up with outrage when Handke’s win was announced, and criticism came from some (seemingly) surprising quarters. Albania’s acting foreign minister said the award was “an ignoble and shameful act.” PEN America, in an unprecedented move, publicly condemned the Swedish Academy for its choice. What’s the reason for all the anger? It goes back to the post-Yugoslav wars. – Slate 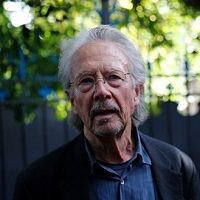