The question of fixing Silicon Valley is inseparable from the question of fixing the system of postwar American capitalism, of which it is perhaps the purest expression. Some believe that the problems we see are bugs that might be fixed with a patch. Others think the code is so bad at its core that a radical rewrite is the only answer. – The Nation 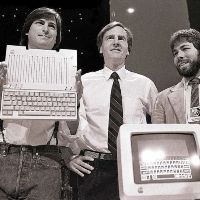