The Army is forming a new unit with a similar mandate to be composed of commissioned officers of the Army Reserves who are museum directors or curators, archivists, conservators and archaeologists in addition to new recruits with those qualifications. They will be based at the Army Civil Affairs and Psychological Operations Command at Fort Bragg, N.C. – The New York Times 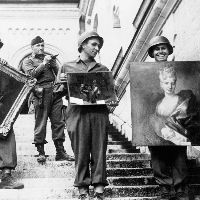