Just a couple of months ago, it looked like the foreign administrators brought in to reform Italy’s museums would all be chased out of the country by the populist government. Then that government fell, and the new one reappointed the culture minister who had hired the foreign experts in the first place. So Eike Schmidt decided he wanted to stay in Florence and continue his work at the Uffizi Gallery. But the fact that he’d already accepted an offer to direct Vienna’s Kunsthistorisches Museum has made things a bit awkward. – The New York Times 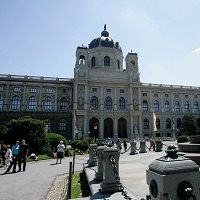