“Indeed, the world’s love of flamenco has long created problems within Spain, where the performance was once considered a vulgar and pornographic spectacle. Over the years, many Spaniards considered flamenco a scourge of their nation, deploring it as an entertainment that lulled the masses into stupefaction and hampered Spain’s progress toward modernity. Flamenco’s shifting fortunes show how Spain’s complex national identity continues to evolve to this day.” – Zócalo Public Square 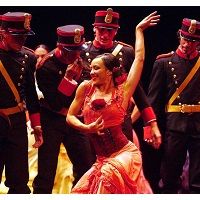