In 2010, Argentine dancer and former ABT principal Julio Bocca was named artistic director of Uruguay’s flagship company, the Ballet Nacional del Sodre. Since then, under Bocca and successor Igor Yebra, what was once a small, poorly attended troupe has become a dynamo: it has increased the number of rehearsals and performances, tours within the country and abroad, and sells more than 100,000 tickets a year in a country of only 3.3 million people. – Yahoo! (AFP) 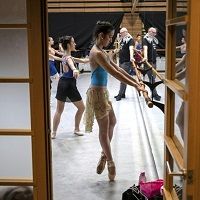