“I’ve talked to people who feel they know Bach very well, but they aren’t aware of the time he was imprisoned for a month. They never learned about Bach pulling a knife on a fellow musician during a street fight. They never heard about his drinking exploits—on one two-week trip he billed the church eighteen gorchsen for beer, enough to purchase eight gallons of it at retail prices—or that his contract with the Duke of Saxony included a provision for tax-free beer from the castle brewery; or that he was accused of consorting with an unknown, unmarried woman in the organ loft; or had a reputation for ignoring assigned duties without explanation or apology.” – Lapham’s Quarterly 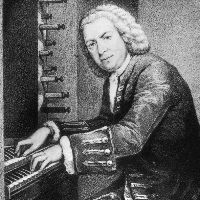