Sadie is the unlikely new Emily Post of the theatre community. In June, just before leaving for sleepaway camp, she put Magic Marker to paper and laid out what she calls her Broadway Rules, and the manifesto made the rounds. Her ten do’s and don’ts include some items that seem obvious (“Stay in seat until intermission,” “Listen to the Ushers”) as well as a few that rarely make it into etiquette primers (“NEVER sing along,” “No ‘gas passing.’ ”) – The New Yorker 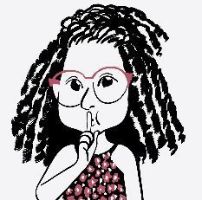