Apparently this is, or was, a new process; “Digital humans have been put into shots before, but, according to Guy Williams, a visual effects supervisor at Weta who is quoted in the film’s press notes, ‘this is the first time where one of the leading characters of the film is a totally recognizable human.'” The details are new, but the fountain of youth for established actors isn’t (think, if you will, of Samuel Jackson’s Nick Fury and Clark Gregg’s Agent Coulson in the set-in-the-early-1990s Captain Marvel). Will Smith’s digitally ageless baby face might be a harbinger of many, many movies to come. – The New York Times 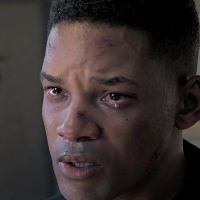