Very few people even know where the world’s most expensive painting is right now: it’s supposed to be at the new Louvre Abu Dhabi, but it’s never appeared there. (There’s a report that it’s aboard Saudi Crown Prince Mohammad bin Salman’s megayacht.) The painting was expected to be a centerpiece of the (Paris) Louvre’s big Leonardo 500 show, but the museum is hearing nothing from its owners. Sebastian Smee observes that there’s one powerful incentive for those owners not to send it to France. – The Washington Post 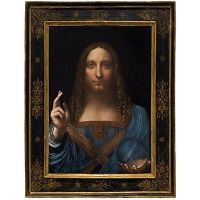