The gold standard and the pop-up worth getting on line early to score tickets for is probably “Saved by the Max.” After its launch last year, Eater Los Angeles described it as a “near-complete recreation of the ’90s Saturday morning staple Saved by the Bell‘s diner.” It feels like it has items from every episode and Easter eggs to inside jokes for both die-hard and casual fans lurking in there somewhere. A $40 ticket gave Chicago and West Hollywood fans an appetizer, an entree, and all the fandom they could handle. – Fast Company 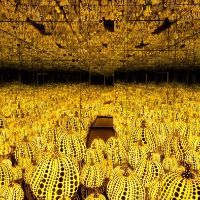