Celdran was arrested and convicted in the Philippines for a dramatic performance protest, and he fled to Spain to escape his sentence. Celdran, who led walking tours all over Manila that he turned into plays, “had a charm that appealed as much to people in Manila’s glitzy hotels as to people in the slums, where his friends included cigarette vendors and drivers of the horse-drawn carts that plied the tourist neighborhoods.” – The New York Times 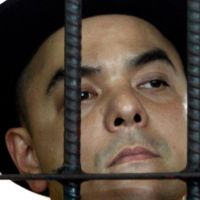