Lissner, who ran La Scala in Milan (2005-2012) before taking charge of the Opéra national de Paris, reaches France’s mandatory retirement age of 67 next year, so his contract there won’t be renewed past its expiration in August 2021. He begins his five-year term in Naples as both superintendent and artistic director that fall. (in French; for Google Translate version, click here) – Le Monde (France) 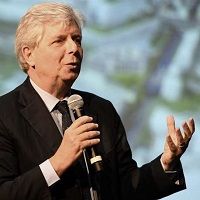