In the 1940s, John E. Reid and Associates developed a commonly-used, and now-controversial police interrogation method called the Reid Technique. That method is mentioned once, briefly, in When They See Us, DuVernay’s recent Netflix series about the Central Park Five; based on that mention, Reid and Associates argues in its court filing that its reputation has been damaged by the script’s mischaracterization and false assertions. – Variety 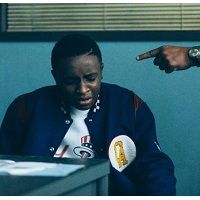