Way back in the ’90s, Michele Loud applied to be a researcher for the show just a few weeks after she flunked the test to be a contestant; a year later, out of the blue, they called her in. Twenty-six years on, she’s now one of two staffers running the writers’ room. Here she explains how categories get chosen and clues get written as well as the extra jobs each staffer has during taping. – Vulture 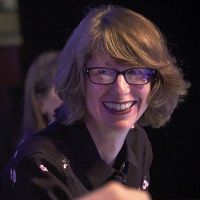