In 2006, when plans for the Philharmonie de Paris were announced, the venue, with a flashy, futuristic design by starchitect Jean Nouvel, was supposed to open in 2013 at a cost of €173 million. By the time it actually opened in 2015, the building’s cost was €386 million. So authorities sent the architect a bill for €170 million in penalties for late delivery and overruns. Now Ateliers Jean Nouvel has gone to court, arguing that the bill is “totally disproportionate, not only in the absolute, but also relative to the sums that were actually received.” – Yahoo! (AFP) 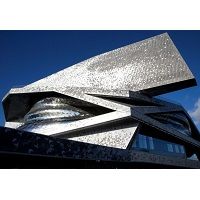