The basic problem? A dashed line (one that violates international law as decided by a court at The Hague in 2016). “Malaysia’s censorship board initially agreed to permit Abominable to premiere on November 7, if the image of the map was removed from the version screening in their country. However, Universal Studios, which is distributing the film everywhere but China (Pearl Studio is Abominable’s Chinese distributor) has refused to make the cut.” – Vulture 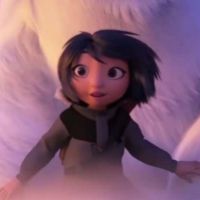