“Annilese Miskimmon, the Belfast-born opera director who has drawn influence from Sondheim, Shakespeare and the Muppets [and is currently director of opera at Norwegian National Opera and Ballet], has been named as the new artistic director of English National Opera, after a search to replace Daniel Kramer, who announced in April that he would step down in July.” – The Guardian 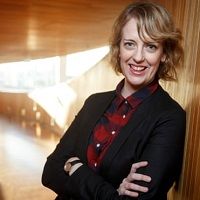