“In court filings, John H. McFadden — scion of one of the founding families behind the Philadelphia Museum of Art — denied claims that he stole a bronze cast of one of … Brancusi’s most famous works from Stuart Pivar, a prolific Manhattan art buyer and onetime friend of Andy Warhol. Instead, McFadden maintained, Pivar agreed to sell the work, which the collector valued at $100 million, for a pittance because he needed quick cash and could not attract another buyer, due in part to his longtime friendship with Epstein.” – The Philadelphia Inquirer 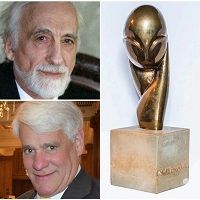