Founding music director Marat Bisangaliev says that launching the Symphony Orchestra of India back in 2006 was a serious challenge: with the country’s own art music traditions dominant, the few fully trained Western classical musicians from India had all gone abroad. “We zeroed in on a bunch of talented adults who were self-taught and put them through an intensive crash course designed specially to elevate their standard … They had to become worthy of a place in a symphony orchestra, and the move paid off.” And with no existing conservatory to train future orchestral musicians, the SOI has since founded its own. – The National (Abu Dhabi) 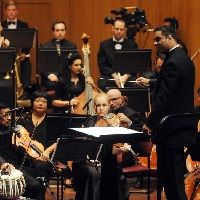