It started with Beauty and the Beast on Broadway in 1994, followed up three years later by The Lion King. Yet Disney Theatrical Group didn’t become a corporate behemoth churning out pale copies of movie franchises. (Whatever you may think of The Lion King, you can’t call it pale.) Peter Marks talks with Disney Theatrical Group chief Thomas Schumacher about the secrets of that success. – The Washington Post 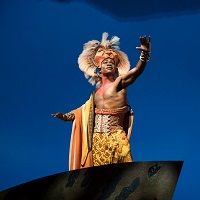