“From a vaunted perch at Yale, he flew in the face of almost every trend in the literary criticism of his day. Chiefly he argued for the literary superiority of the Western giants like Shakespeare, Chaucer and Kafka — all of them white and male, his own critics pointed out — over writers favored by what he called ‘the School of Resentment,’ by which he meant multiculturalists, feminists, Marxists, neoconservatives and others whom he saw as betraying literature’s essential purpose.” – The New York Times 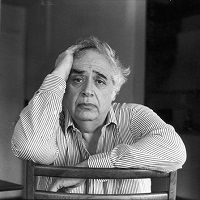