Backup dancers aren’t very “backup” anymore; instead, like the 16-year-old who began touring with Janet Jackson at age 12 and is now a major social media influencer, they’re at the center of the conversation. That’s thanks to Instagram. “Internet popularity can be a dancer’s entree to choreographing and starring in her own viral videos, traveling the world as a guest artist and teacher, and inking lucrative brand deals and endorsements.” – The Washington Post 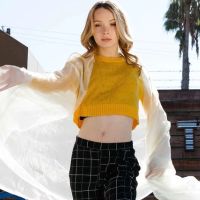