“A meeting of Australia’s arts and cultural ministers in Adelaide … has seen a major overhaul of the way the Major Performing Arts sector is funded through the Australia Council for the Arts, and contemporary circus company Circa – whose Artistic Director Yaron Lifschitz once described the system as a ‘protectorate of the privileged’ – welcomed into the fold of Major Performing Arts companies.” – Limelight (Australia) 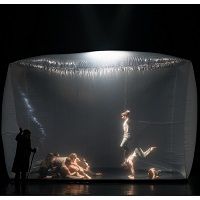