Russian oligarchs have sat on the board of the Guggenheim and given money to the Kennedy Center. They’ve funded the New Museum and historic parks in the U.S. At least, they’ve done all that until (& sometimes after) their companies are sanctioned by the U.S. This “soft power” money is approved by the Kremlin and appreciated by strapped arts institutions. “The Russian giving, and the strained relations between the countries, has created something of a minefield for American cultural organizations.” – The New York Times 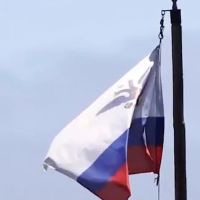