Brigitte Fassbaender had a long and admired career as a mezzo, and after retiring from singing she went on to run the opera house in Innsbruck, Austria. In her recently-published memoir and a subsequent interview, she says that Domingo’s womanizing habits were very well-known in the opera world and that he repeatedly pursued her without success but was polite about being turned down. (She also has something to say about the Metropolitan Opera and James Levine’s proclivities.) – OperaWire 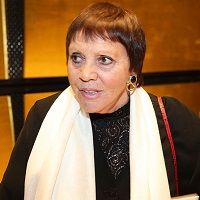