Earlier this week, news broke that three musicians, all South Korean nationals, in the Eastman Philharmonia, the student orchestra of the Eastman School of Music, had been denied visas to enter China for the orchestra’s upcoming tour. Eastman’s dean, Jamal Rossi, initially decided to go ahead with the plans and leave those three players behind — and he was promptly pummeled with criticism from alumni and members of the public. Rossi has now “postponed” the tour. – The New York Times 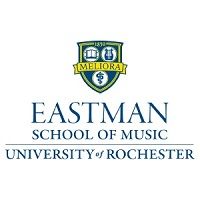