Ever since Michael Smuin founded Smuin Contemporary Ballet in San Francisco in 1994, the company has had to scrounge rented studio space as it could, sometimes even ending rehearsals so that children’s classes could use the space. Now, at last, they own their own building — in a former ballroom that was spotted by a former company dancer who became a real estate agent. – The San Francisco Chronicle 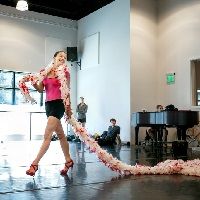