“After nearly a quarter century as the artistic director of one of Off Broadway’s most acclaimed nonprofits, [Tim] Sanford is announcing his departure. The theater’s next season — its 50th — will be his last as artistic director, and at that point he will have led the organization for half of its history. He will be succeeded by his longtime deputy, the theater’s associate artistic director, Adam Greenfield.” – The New York Times 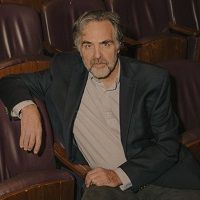