Used to be, the U.S. TV landscape had a few reality shows, nothing spectacular, nothing great. But 1999 changed things: “The drama, the spectacle and arguably the artifice of reality television became the main draws. Participants couldn’t simply be regular people anymore; they had to be personalities, or types, perfectly attuned and calibrated to orchestrating the juiciest of drama. Soon reality stars became the new celebrities, celebrities the new reality stars.” One might say it led to a certain election outcome as well. – HuffPost 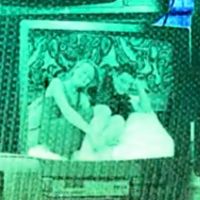